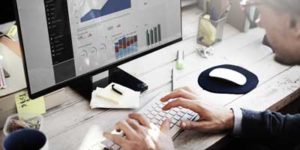 Today I’m going to review and explore a number of actual predictive HR analytic measurements that Jac Fitz-Enz discusses in his book, The New HR Analytics.  The first eight are ones that Fitz-Enz considers the most effective  based on his actual experience working with many different organizations since the 1980s. The additional three are from other experts and are equally useful as leading indicators.

Fitz-Enz uses ratios but I like to use percentages instead, so I tweaked his definitions a bit.

1. Professional/Managerial Percentage: This is the number of professionals and managers compared as a percentage to the total number of employees in the organization’s workforce.  (e.g.  Let’s take an organization with 2500 employees and 1352 professionals and managers. They would have a Professional/Managerial Percentage of 54.08% (1352/2500=.5408)). Typically, a organization with a higher percentage would be considered as having a greater chance for future growth and profitability. In this example, the organization may or may not have a potential problem because it would depend on the nature of the business and/or industry.

2. Readiness Percentage (Succession): This is the percentage of  key jobs with at least one qualified person ready to take over.  (e.g. An organization with 82 key jobs has determined through their succession plan review and analysis that they currently have 36 employees who can effectively step in and take over if those key jobs are vacated. This would be a Readiness Percentage of 43.9% (36/82=.4390)). The closer this number is to 100%, the better so in this example, the organization has a fairly serious gap in their succession planning strategy for their key positions. This will likely result in slower growth while these positions remain vacant during the talent acquisition process and increased costs as they recruit for outside and often expensive talent.

6. Training Rating: These are the scores from the organization’s current training programs that develop skills that help employees get their jobs done now.  Interestingly, this rating is not concerned in training for skills needed for the future because having skills you don’t use or need now does not add positively to corporate value.

7. Accession Percentage (Turnover): This is the number of new and replacement hires as compared to  the total number of employees in the workforce.  (e.g. An organization with 2500 employees had 1750 new and replacement hires during the previous year for an Accession (turnover) Percentage of 70% (1750/2500=.700)). Of course, this is a negative indicator and the lower the number the better. There are both hard costs, conservatively estimated to be six to nine month’s of the employee’s salary to hire and train that employee, and the soft costs, lower engagement and morale from the remaining staff and lower productivity from the new hire.

8. Depletion Percentage (Turnover): This is the percentage of the top talent the organization lost in a year. (e.g. An organization with 2500 employees lost 126 of their top employees in the previous year for a Depletion Percentage of  5.04% (126/2500=.0504)). This is also a negative indicator and a lower number is better. The higher the number, the worse the organization’s future ability to maximize profitability as they are losing their best innovators, producers, and leaders not to mention the hard and soft costs we discussed earlier associated with turnover.

As I mentioned at the beginning, in addition to these eight measurements, there are three more predictive HR analytic measurements mentioned in the book that also serve as very good leading indicators. There isn’t a lot of detail in the book on these measurements but they seem interesting and ones that I will explore further in the future.

1. Executive Stability Ratio and Separation Rate: This rate shows that executives with more than three years of executive experience lowers voluntary employee turnover in the organization.

2. Management Ratio and Promotion Rate: The number of employees that each manager in an organization supervises impacts the number of promotions that those employees have available to them. Managers with a smaller span of control, supervising fewer employees, have fewer promotion opportunities for  them. This affects employee engagement, morale, and retention.

3. Training Investment Factor and Promotion Rate: This measurement shows that the more an organization spends on training programs, the more employee professional development will occur which should increase employee engagement, morale, and productivity.

These 11 predictive HR analytic measurements are all excellent and a great place to start.

I prefer using SurveyGizmo and have decided to add a new feature, using SurveyGizmo, called the HHHR Weekly Survey based on my latest post and podcast, if appropriate. So take a look at the top of the sidebar on the right or click on this link and take the survey.