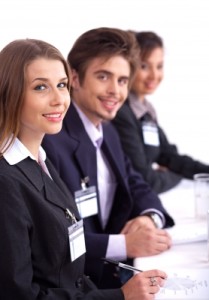 Image courtesy of photostock at FreeDigitalPhotos.net

I once had a boss who was a proud perfectionist. He was such a perfectionist that he had a very difficult time making decisions because everything had to be perfect before he could. Of course nothing is ever perfect so it often took a very long time, if ever, for him to decide.

Now, I’m the kind of guy who likes to get things done then move on to the next project. I’m not a perfectionist. If its good enough, I make a decision and move on.
When you work for a perfectionist, unless you are one yourself, it can be very challenging. They will always pick apart and criticize your work no matter how good it is. They look for the one or two flaws, no matter now minor. They will take forever to make a decision. It once took over a year for this boss to finally approve a project I had worked very hard on. By the time he finally gave me the go-ahead, I was very demoralized and frustrated. This became a common occurrence and eventually, I slowed down my production because my work seemed to disappear on his desk or in his inbox. Ironically, I was eventually criticized for slowing down. Lesson learned! Never slow down your work. Keep producing no matter what.

Our performance under this boss was mediocre at best. His team was more worried about making everything perfect rather than focusing on getting the work done and moving on. It was a very risk averse and toxic work environment. It was unsafe to admit you made a mistake, our morale was low and we dreaded coming to work.

In contrast, I had another boss who was clearly focused on excellence. He was happy with projects that were good enough and as a result his team’s performance was excellent. I thrived working for him. This boss trusted us to get the work done to achieve the goals of the company. He didn’t need to sit on things for months before making a decision. He was quick to make a decision and move on to the next. As a result, his team was one of the best in the company. We won more performance awards than any other team during his tenure. It was fun and exciting and we were all very motivated and enthusiastic about our work.

I ran across this list recently, contrasting excellence and perfection.

What a great message! As an HR pro, a manager, or a supervisor, it is so important to make sure you’re demanding excellence, not perfection. The same goes for what you should expect from yourself in your career and personal life. Trying to be perfect causes way too much stress.

Even the legendary Green Bay Packers coach, Vince Lombardi said, “Perfection is not attainable, but if we chase perfection we will catch excellence” which mirrors the last bullet point in the list. He understood the difference between the two and knew that perfection was the enemy of excellence.

In order to perform at the highest levels, expect excellence from your direct reports, the people you work with, and yourself. Expecting perfection and trying to make your work and life perfect will only slow you down, keep you constantly behind, stressed and frustrated. So relax and focus on producing excellence instead of perfection. It will make your work and personal life far more productive, effective and pleasant.