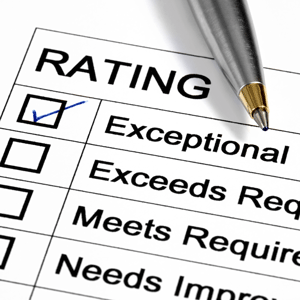 Nearly everybody hates performance appraisals. It’s a topic that has been written about and discussed ad nauseum by just about everyone in the industry.  It seems like everybody is trying to come up with a fancy and shiny new system.

I’ve written about how to do them and how to make them better several times.

And this week I’m going to add one more article into the mix based on a podcast I listened to the other day.

The podcast is Manager Tools (Mark and Mike) and this week’s episode is titled “Don’t Get Rid of Your Performance Review”.  I was fascinated by their take and ended up really studying what they had to say by listening to it several times and studying the show notes (available only to licensees).

Now they are big believers of performance appraisals, but only if done effectively, of course. They think organizations getting rid of them is ridiculous.  And I agree.

They, like most, think that the system is broken and place a large part of the blame on HR, the owners/managers of the system, because we “regularly talk them (the appraisals) down” in our organizations. I certainly agree with this statement as I hear it at every SHRM meeting I attend.

HR also likes to change the form every couple of years so that they can show a big project initiative accomplished for their annual appraisal. But, unfortunately, changing the system seriously damages the ability for the organization to collect the all important trend data we need to to make important personnel and succession decisions.

They give a nice bit of history about performance appraisals. Some version of performance appraisals have been around for thousands of years, according to my research, but Corporate America started borrowing heavily from the Army’s system shortly after WWII, according to Mark. The rapid growth of these organizations necessitated a system to help them grow so they looked to the US Army as the model.

In the Army, appraisals were never intended to be seen by the person being evaluated. They were only seen by the evaluator and his superiors. The purpose of the appraisal was for succession planning should the ranking officer be killed in battle. The Army, of course, would need to know who would be the next up to take command, a pretty important thing, right?

There was, frankly, no need for the appraisals to be shared because the Army had the system in place where soldiers received ongoing and constant feedback about their performance and conduct. There was never a question and soldiers always knew where they stood.

Organizations who adopted the system soon realized, however, that their managers did a very poor job of giving their direct reports regular ongoing feedback so the “obvious” answer was to start sharing the performance appraisal with them. It was felt that they should at least get some sort of feedback at least once a year.

Rather than organizations training and following up with their managers to provide ongoing regular feedback and building relationships with their direct reports, they took the easy path of just requiring the annual performance appraisal.

Now while Mark and Mike put most of the blame of why the system is broken onto HR and only a little on managers, I would say it’s evenly split between the two. I’ve been in both shoes and, honestly, HR can only do so much especially when managers don’t fully support the system. (Maybe because HR has screwed it up so bad? I don’t know)

I would love to have the managers I support give ongoing regular feedback to our direct reports and the performance appraisal simply be an end-of-year summary that won’t be a surprise.

It is my experience that most managers don’t want to do the difficult and time consuming work of building effective professional relationships with their direct reports in order to establish trust and credibility. I wrote about a similar topic with HR having to build a foundation to establish trust and credibility.  Managers need to do this with their direct reports.

Remember the purpose of the performance appraisal is Talent Management and Succession Planning.

While it’s now very trendy these days for HR departments and companies to dump the performance appraisal, ironically, they are replacing them with regular ongoing feedback. They are, hopefully, training their managers to effectively deliver this feedback and building relationships  in addition to monitoring it. This goes back full circle to the Army officers who were trained to give regular ongoing feedback to their soldiers.

The only way to fix performance appraisals is to train your managers to build effective relationships and give effective regular and ongoing feedback to their direct reports. Senior leadership and HR must also monitor and measure that it is happening ( remember – what gets measured gets done). Then conduct the annual performance appraisal as an additional measurement of your talent management and succession planning strategy.

This was part one of the Manager Tools podcast series on Performance Reviews and after reading the show notes there is a lot of other good stuff I will review and comment on in the coming weeks.