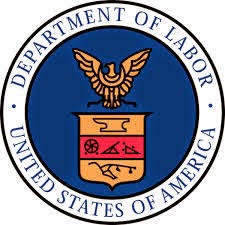 Recently, the Department of Labor (DOL) has been targeting the extractive industry in its enforcement of the Fair Labor Standards Act (FLSA).  The result, large settlements.

Here is a list of some of the latest settlements:

Hutco – paid nearly $2 million in overtime back wages to 2,267 employees for mis-characterizing certain wages as per-diem payments and excluding these wages in their overtime calculations.

HongHua America – paid over $680,000 in overtime back wages to 133 roughnecks and crane operators who were improperly classified as independent contractors instead of employees.  Company paid them straight time for the hours they worked is excess of 40 in a week rather than time and a half they should have been paid.

Justiss Oil Co. – paid $619,830 in back wages to 270 employees for violating FLSA overtime and record keeping provisions by not paying workers for time spent at mandatory staff meetings at the beginning of the day and failing to record the time spent at the meetings.

Morco Geological – paid more than $595,000 in back wages to technicians for improperly classifying nonexempt employees as exempt and paid them a fixed daily rate regardless of how many actual hours they worked.

Savard Marine Services – paid $60,000 in overtime back wages to 107 employees for mis-characterizing certain wages as per-diem payments and excluded these wages in their overtime calculations.

Rigid Oilfield Services – paid $51,839 in overtime back wages to 28 employees who they improperly classified as independent contractors instead of employees.

When I look through this list and the reasons for the settlements, I shake my head because its all HR 101 and could have easily been avoided.  Where are their HR Departments?  Do they even have one?  If so, where are they? Are they incompetent or are they just being ignored?  Regardless, these settlements should serve as confirmation that these companies should have an executive level HR position.  An HR professional at the executive level would have known that these practices are in violation of the FLSA and would have prevented them from happening.