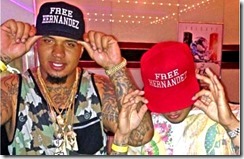 As you may or may not know, I am a long suffering Miami Dolphins fan.  I became a Dolphin fan as a youngster in the early 1970s when the team dominated the NFL and have been loyal to them ever since.

Last year, the Dolphins suffered through a well publicized harassment scandal involving offensive linemen Richie Incognito, Mike Pouncey, John Jerry, and Jonathan Martin.  I wrote about the scandal in several posts here at HHHR because it was a serious HR topic and it involved my favorite professional sports team – two of my worlds colliding!

I was hoping that this year I wouldn’t need to write about the Dolphins or their harassment issues.

Unfortunately, I was wrong and here I am again.

Coach Philbin prefers a “Leadership Council” instead of captains for his team.  Last year the team voted on who they wanted on the Leadership Council.  Turned out that two of the five members of the Council were prominently involved in  last year’s harassment scandal – Richie Incognito and Mike Pouncey.  Obviously, a huge mistake that had significant implications for the 2013 Dolphins organization.

This year, coach Philbin continued the Leadership Council but had coaches select the members instead.  The Council now consists of one or two of the most senior members of each position group and numbers 15 players.

Believe it or not, the coaches selected Mike Pouncey.

When I heard this, I was floored.  What were they thinking?

Sure, I get that he is the most senior member of the OL and that he is one of the best centers in the NFL but his actions and his behavior last year (and this year) are toxic to the team.  He does not deserve to be on the Leadership Council.

Let’s review his actions and behavior from the past twelve months:

The guy can’t seem to stay out of trouble and has a recent history of making very poor choices.

I believe that he will continue his bad behavior and will continue to get himself into trouble, causing problems for the team.  In fact, he will be empowered to continue.  He has never really had to face any real consequences for his behavior.

I assume the thinking is that he will learn from the other 14 members of the Council and that there will be more voices where one will not have the opportunity influence and overshadow the others, like last year.

Based on what happened last year and the trouble that Pouncy continues to get himself into, he does not deserve to be rewarded with a spot on the council.  If the Dolphins are trying to clean up their image – an image that was seriously damaged by the scandal last year – they should not have even considered putting him on the Council.

I’ve seen it happen many times.  The highly talented and skilled troublemaking employee is shielded from discipline and often even rewarded because they are “too valuable” to the organization.  Never once have I seen this situation end up a positive one.

I don’t think this end well for the Dolphins.