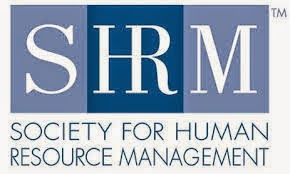 Earlier this week, SHRM announced it was launching its own HR certification program.

The Society for Human Resource Management (SHRM) has announced it will create a competency-based certification program for human resource professionals.

The new HR certification is based on the SHRM HR Competency Model, which consists of nine primary competency domains defined with behavioral proficiency standards across four professional levels – entry, middle, senior and executive. The new certification is focused on teaching and testing practical, real-life information that HR professionals need to excel in their careers.

Apparently, Human Resource Certification Institute (HRCI) found out about SHRM’s new program the same time as everybody else.

The Society for Human Resource Management’s announcement that it is launching its own HR certification program took some in the HR community by surprise, including the president of the HR Certification Institute, the profession’s leading certification organization.

“We’ve had a relationship with SHRM for 37 years and we would have loved for them to talk with us about this, but they chose not to,” HRCI President Amy Dufrane told Workforce. SHRM created HRCI in 1973 to administer certification exams.

I find it odd that SHRM blindsided HRCI with this announcement considering that they created the institute 37 years ago and even share the same headquarters in Alexandria, VA.  There must be something going on between the two organizations that we don’t know about.  You would think they would work together to create/modify/rework the current HRCI certifications.  Maybe SHRM tried and was rejected by HRCI.

While I proudly hold the SPHR certification, I have always thought that HRCI has too many certifications: PHR, SPHR, PHR-CA, SPHR-CA, GPHR, and the new HRMP & HRBP.  Most professions with certifications have just one. It seems SHRM is attempting to address this issue by creating a single HR professional certification which I support.