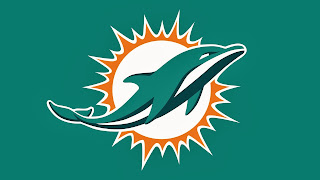 Yesterday, the media was allowed in the Dolphin locker room and, as I predicted here, a lot of players expressed their support and love for Incognito and “disappointment” of Martin.  Incognito the cool guy everybody loves while Martin is the quiet weird guy who is causing the problems.  I am a huge Dolphin fan and have been following and supporting these guys for years but my problem is Incognito has a long history of being a bully while Martin does not.

Where is the Dolphin HR and PR departments?  This is going to come back and backfire on these guys and the team in.  The Dolphin HR department should have briefed the players on harassment.  Do they even have harassment prevention training in the NFL?  I don’t know.  Even if they don’t, the smart thing for Ross and Philbin to do would have been to have the training before allowing the media to interview the players. The players may have tempered their comments with the understanding and knowledge of what bullying and harassment is.  The Dolphin PR department should have also been involved and had a session with the players giving them suggestions and advice about what and how to say things.  The players are employees of the Dolphins and are obligated to represent the organization in the best light possible.  As I said earlier, this is going to backfire on the Dolphins and the players who are publicly supporting Incognito and trashing Martin.

As I also said here, I am certain that there are players who dislike Incognito but are no even more afraid to say so.  The leaders of the Dolphin locker room have taken sides with Incognito.  Nobody is going to go against that.

What does all this mean?  Again – NO LEADERSHIP.  Or maybe worse – Bad Leadership.