When permitting for an ISR uranium mine, ‘Agreement States’ have been given the authority to issue permits on behalf of the Nuclear Regulatory Commission (NRC) or the Environmental Protection Agency (EPA).  A state can be an Agreement State with one or both of the above Federal Agencies.

An NRC Agreement State has the authority to issue the Radioactive Materials License normally issued by the NRC.

Agreement States, have entered into agreements with NRC that give them the authority to license and inspect byproduct, source, or special nuclear materials used or possessed within their borders. Any applicant, other than a Federal agency or Federally recognized Indian tribe, who wishes to possess or use licensed material in one of these Agreement States should contact the responsible officials in that State for guidance on preparing an application. These applications should be filed with State officials, not with NRC. 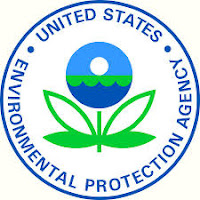 In a cooperative effort between EPA, state and tribal governments, the UIC Program works toward protecting underground sources of drinking water (USDW) from contamination by regulating the construction and operation of injection wells. Underground injection wells are primarily used to dispose of wastes into the subsurface and have the potential to adversely affect USDWs. Five classes of wells are defined according to the type of waste that is disposed and where the waste is injected.