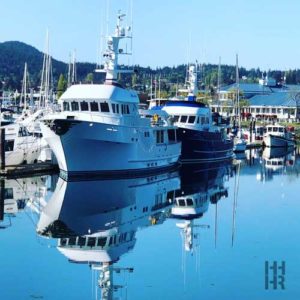 Several years ago when I was a General manager at Macy’s, I had one of my direct reports approach me after I was having a particularly difficult and stressful day and told me something I’ve never forgotten. It’s helped me be a better manager and leader and it’s something I now often share with other leaders when needed.

I’m the type of leader who likes to circulate around the floor or office and visit with my direct reports (as a GM for approx. 100 people at Macy’s) and co-workers (as an HR Professional).  My goal is to build relationships with the people I work with by talking about both business or personal things and get to know them better.

It’s called Management by Walking Around.  It allows the leader to keep his finger on the pulse of what’s really going on in the organization. When you build trust and people see and know that you are interested in them and what they are doing they are more willing to share information with you that may be important to your department and the organization.  Please understand that I truly love getting to know people and building relationships and am not cynically trying to extract information from people to use against them.

Generally all is good after I make my rounds because it energizes both me and, I like to think, my direct reports and co-workers.

I learned, however, those same people are also very aware and sensitive to all of your moods – both good and bad.

On this particular day that I mentioned at the beginning of this post,  I had been doing what I normally do – circulate around the floor- and after doing my rounds, one of my direct reports came up to my office and asked me if I was OK.  I, of course, said yes and asked her why she wanted to know.   I try to maintain an even level at work and thought I was doing so that day.

She told me that I was leaving a wake with my bad mood as I visited each person.

Apparently it was obvious that I was having a bad day and everybody was picking up on it.

Because I was unable to mask my bad mood, the wake I left that day made my employees nervous and uneasy which affected their performance and morale.  I don’t even remember what was making my grumpy, but it was enough for my team to pick up on it and enough for my direct report to tell me.

People typically assume the worst.  So with me Managing by Walking Around and circulating while in an obviously distracted and in a bad mood, my team assumed there was something going on that might affect them.

Was it a reorganization, a RIF, hours being cut, or any number of things that cause concern?

So the point of this post is, as a leader, we must always be aware of the fact that our team watches us closer than we realize or like to think.  We are constantly under their microscope and they pick up on anything and everything we say and do.  And if there is unusual or incomplete information, as there typically is, they often fill in the blanks with negative thoughts.

It’s also important to be self-aware of your moods and attitudes on any given day.  If you are having a particularly difficult day, be aware of it and don’t go out and leave a wake.  Despite how hard I try, I can’t completely hide my moods when I’m at work and in my experience It’s a very rare person who can.

So my advice when you are having a rough day is to not leave a wake.  If you are like me and practice Management by Walking Around, don’t do it that day.  Hole up in your office or at your desk and get through all the stuff you’ve been putting off.

To wrap up my little story, I had to go back the next day when I was in a much better mood and did some damage control.  Looking back, I’m sure I’ve left wakes before but was never called on it like I was this day.  But ever since that day, I learned to be more aware of how I was feeling and make every effort not to spread my bad day around unnecessarily and leave a wake.