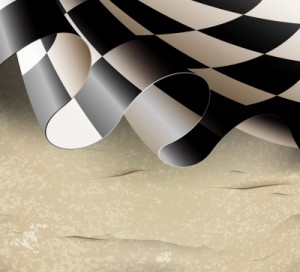 Image courtesy of mapichai at FreeDigitalPhotos.net

Here we are at the final week of the PA cycle. Whew! It’s been a lot of hard work but also very rewarding because you’re almost done with this very important project for the company.

Although this is the final week, there is still a lot of work to be done. Dangit!

This final week is when your managers are finishing up delivering the PAs to their direct reports and finalizing their Objectives. Frankly, they should be done but in reality, there will be some managers that haven’t even started delivering their PAs.

Again, I make Wednesday the deadline day. You’ll get approx 85% of the final PAs and Objectives back in by Wednesday and you’ll need to send out a gentle reminder reminding everybody that the deadline was Wednesday. This will spur several managers to get theirs in but your chronic procrastinators, more than likely the same procrastinators from the earlier deadline week will need to be reminded several times.

Here’s a copy of the email I send out on Thursday, the day after the deadline:

Thank you to all who got their final PAs and Objectives turned in by the deadline of February 24! I appreciate your efforts getting them in on time.

I still have a number of missing PAs and Objectives and would appreciate getting those completed by the end of the week.

This is the first post-deadline reminder email and it thanks those who got their final PAs and Objectives turned in on time and subtly reminds the procrastinators that the deadline has passed and you need their completed forms turned in.

This week is also when it’s particularly critical for you to be organized and keeping the PA and Objective Checklist updated as soon as the final forms are turned in to you. If you don’t stay organized as they are turned in, you’ll lose track and misplace documents and emails making you look bad to everybody in the company. You’ve put in a lot of work throughout the cycle so don’t let it fall apart in the end.

Forms will be turned in to you during the week as you are doing other work and you’ll have the tendency to put them aside until later when you have time. Instead of doing that, schedule several times a day where you stop doing what your doing  and get your filing done so that you don’t fall behind or you’ll end up with a huge stack to go through later in the month. You will need to know who’s turned their forms in and who hasn’t so  you can remind those who haven’t, and remind them, and remind them until they get them turned in. The only way to know is to have the Checklist updated and current and the forms properly filed.

This, of course, is the second Deadline Week in the cycle and it’s much more work intensive than the previous Deadline Week (week three) because you have a lot more moving parts.  You are having hard copies of the PA and Objectives turned in to you which need to be scanned and saved to the appropriate electronic files we set up during week three.  Remember that in week three, we established electronic files for each manager. Under each manager’s file, file the final PAs in folder named Final and the final objectives in the folder named Objectives.

Once you are done with the scanning and electronic filing, the paper copies need to be filed into the employees personnel file, if you use paper files.  If your personnel files are electronic, you’ll file them electronically.

It’s also very important to formally thank everybody for all the work they did during the cycle. Your managers dislike this process and if your organization is typical, people are never thanked enough and a sincere thank you will go a long way.

I usually send out the thank you email sometime the week after the deadline week and thank the entire management team for their work and efforts on the cycle. The email I sent out and described earlier in this post thanked them for making the deadline and reminded those that didn’t to get their forms turned in by the end of the week. This one is thanking them for their work and efforts and provides another opportunity to remind the procrastinators they are late.

Here is a copy of the email I send out:

Subject Line: Thank you and closing out the 2015 PA and Objective Setting Cycle

I want to thank everybody for their excellent efforts in successfully delivering the 20XX PA and Objective Setting Cycle! I know it’s a lot of hard work and something very few people look forward to doing. But it’s an important part of our jobs as we take the time to formally discuss and evaluate the asset that makes everything else work in our organization, our human capital.

Thank you to all those who completed and turned in your PAs and Objectives by the due date of 2/24 (or shortly thereafter!).

I will be sending out emails this morning to those managers who’s PAs and/or objectives I’m still missing. I would appreciate getting those completed and turned in to me ASAP so I can close out this year’s cycle.

This email gives you a chance to remind everybody that you understand that nobody likes doing PAs and Objectives but that it’s a very important part of their jobs. It also reminds senior management of the importance of their Human Capital and that without the people in the organization, there is no organization. And, finally, the last sentence  reminds the super procrastinators to get their completed forms turned in and that I’ll be sending them a personal email with what they have missing.

I recommend that you email the procrastinators so you have documentation that you’ve communicated their tardiness. Although I prefer face to face or phone conversations, I’ve found the emails are more effective and provide cover if you are ever questioned why there are missing forms in the future – you will occasionally have those who never get this done no matter how hard you try.

Well crew, we are finished with the PA Cycle series. There are seven weeks to the cycle and I hope I did a decent job of explaining the mechanics of each week.

In future posts, I will go into detail of how to write an effective PA and how to establish employee objectives. I touched on some of this in the Training Week post and when I explained  the PA and Objective Setting forms but I need to go into more detail to properly tie out the PA cycle.