Amazon announced this past week that it will be adding 100,000 new full-time jobs in the US in the next 18 months. Having spent the early part of my career in the retail industry as a store manager for Macy’s, I like to still keep up with the news and goings-on in the retail industry, specially when it comes to being up to date with all the discounts on retail stores, I was recently able to find the best macys promo code on a great coupon website.

What’s so interesting about the news from Amazon is the news from the big traditional retailers that is happening at the same time. Macy’s closed 40 stores in 2016 and announced it will close 100 more in 2017, recently listing 68 of those stores getting the ax. In addition, Sears Holdings announced that it is closing 150 Sears and KMart stores, and JC Penney recently announced it will be closing a bunch of its stores. I’m only touching on the major retailers here and there are dozens of the small retailers closing stores as well that are too numerous to list.

Obviously, Amazon and technology have fundamentally changed the entire retail landscape. The big traditional retailers didn’t see it coming and didn’t, or couldn’t, keep up. They seem to be heading in the direction of some smaller retailers, Blockbuster and Borders who are a shell of what they once were or no longer even exist.

I remember being asked by one of my employees back in the early 2000’s when I was a store manager for Macy’s what I thought about online retail putting traditional retail out of business. My employee was very concerned and I told her that I doubt companies like Amazon would ever be much of a threat to the big retail giants like Macy’s, Sears, JCP, etc.  After all, people like to go out and shop, handle merchandise, try things on, and talk to and interact with other people. I thought online retail would certainly have it’s niche (books, music, etc.) but didn’t think it would ever pose a serious threat to traditional retail.

Boy was I wrong!

The news that Amazon is planning to hire 100,000 people at the same time the big traditional retailers are announcing huge store closings and layoffs tells you everything you need to know. Amazon has successfully changed the way people like to shop and I  include myself in that change.

Frankly, I love shopping on Amazon and because I’m a Prime member, I get “free” shipping for most of what I buy from them. Yes I know it’s a gimmick but it does make me feel special!

I find it a pain to go to the mall  and much easier to find what I want online where the selection is unlimited I click a few times and then get a package delivered to me in a couple days! I find it very satisfying.

There are some who are criticizing Amazon complaining that the jobs they are creating are low paying jobs. This is true, however, most retail jobs in general, have always been low paying jobs anyway so it looks to me that they are basically just replacing many of the jobs that the big traditional retailers are cutting.

There are also a lot of good paying jobs at Amazon, just as there are/were at the traditional retailers. There is the buying organization, management, HR, recruiting, IT, and other support services.

Amazon also makes an interesting claim that they sustain an additional 300,000 jobs due to their marketplace business:

Amazon has said that its employment figures alone do not capture its full effect on jobs. On Thursday, the company said its marketplace business, through which independent merchants sell goods on the company’s site, sustained 300,000 additional jobs in the United States.

And sure, Amazon has had some growing pains and had some bad press about their workplace culture but in talking with some of my friends who work there, they are making efforts to improve.

Jeff Bezos and his team have done an amazing job building their company from an online bookseller to a full line store and fundamentally changing our shopping behaviors. They’ve been aggressive and innovative and it’s been fascinating to watch. 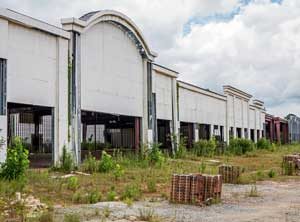 Don’t forget to take the survey on today’s subject about Amazon and the creative destruction occurring in the retail industry.